October is a super good time to catch up on blogging for the whole summer, right? In early August, my brother headed to Italy to wander the lake district and Venice and Milan, and we took the kids to Kennebunkport for the weekend. It was the first time we’d been solely responsible for them for a few overnights, and it was definitely an eye opener. That “new mom” thing where you check if the baby’s breathing while it sleeps? Apparently crazy over-protective aunts also do that to 9 and 6 year olds, because crazy pants. Good times!

It was really sweet to be able to take the boys to places my brother and I went as kids, and Sean and I have been saying for years “we can’t wait to have kids and bring them here” whenever we head out to the coast, so this was nice to do with the boys.

Here are the best, most kid-friendly spots in Kennebunkport and beyond –

Our first stop was in Portsmouth, NH – it was the Tall Ships weekend, so the boys got to wander the ships and sword fight pirates. My work was pretty much done at that point, but we also ate lunch and had strawberry lemonades at Strawbery Banke, and stopped at Pickwick’s at the Banke for old timey toys. 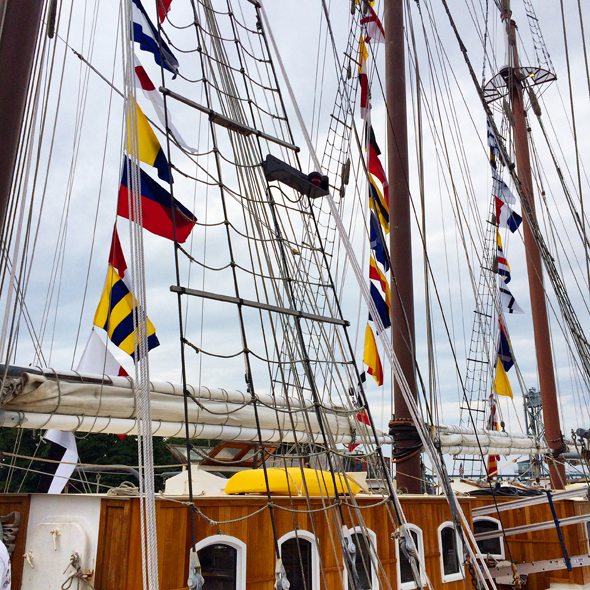 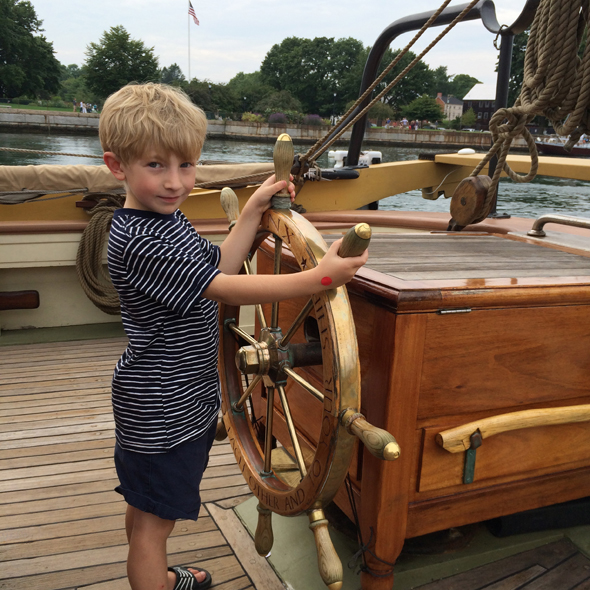 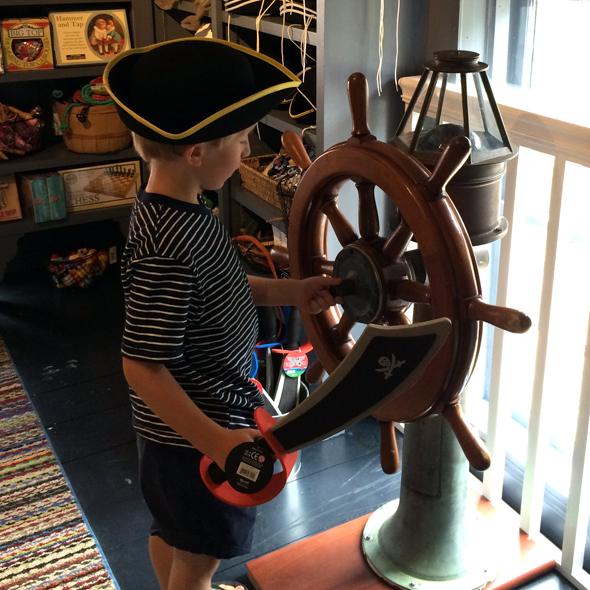 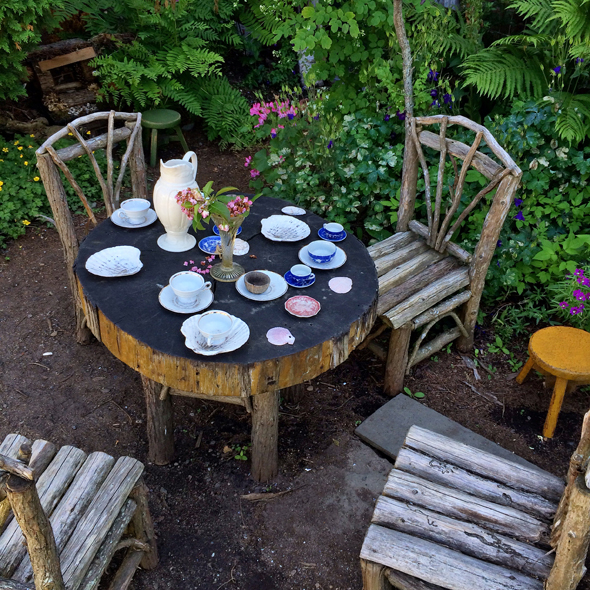 Then we took Ira’s next emo album cover photo in a historical graveyard. 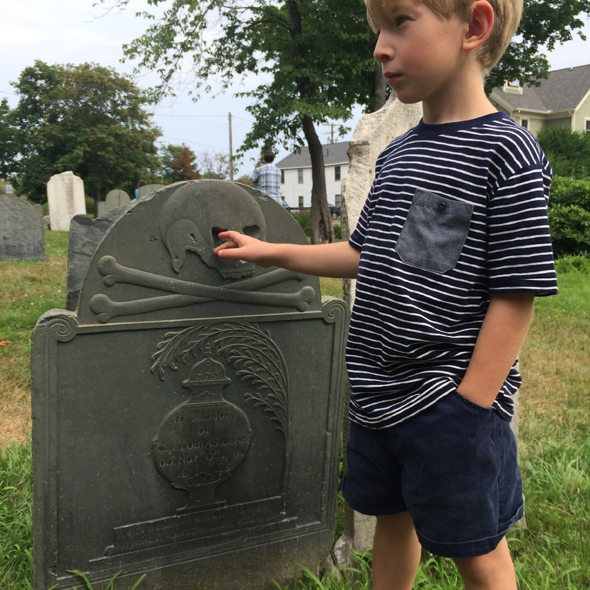 Lodge on the Cove is hands-down the most family friendly hotel in Kennebunkport. The rooms are huge, there’s a pool (not that any adult would want to get into a pool filled with kids, but the cocktails at the pool bar are fantastic), and the restaurant is basically a giant kid menu. It’s also an easy walk down Ocean Ave to Old Fort Point.

Mother’s Beach isn’t the best for swimming, but the Playground at the beach is huge, and if it weren’t for the sociopathically chanting little girl commandeering it, we would have stayed longer. No, it wasn’t me. 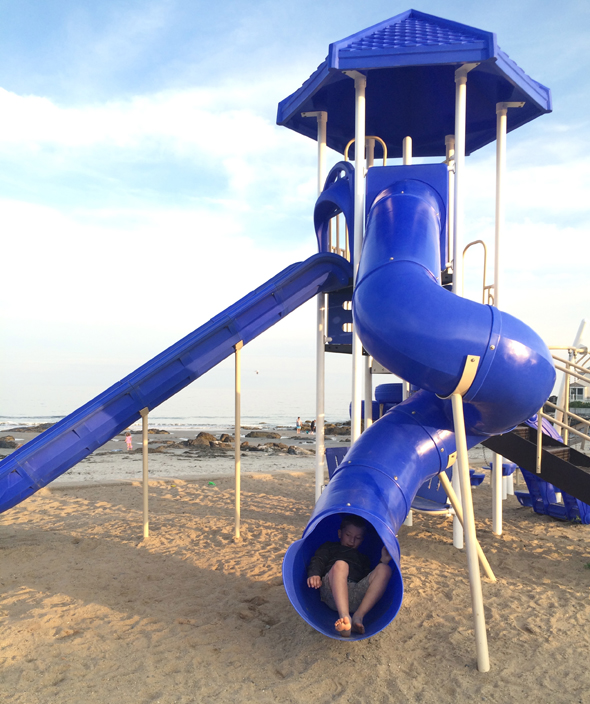 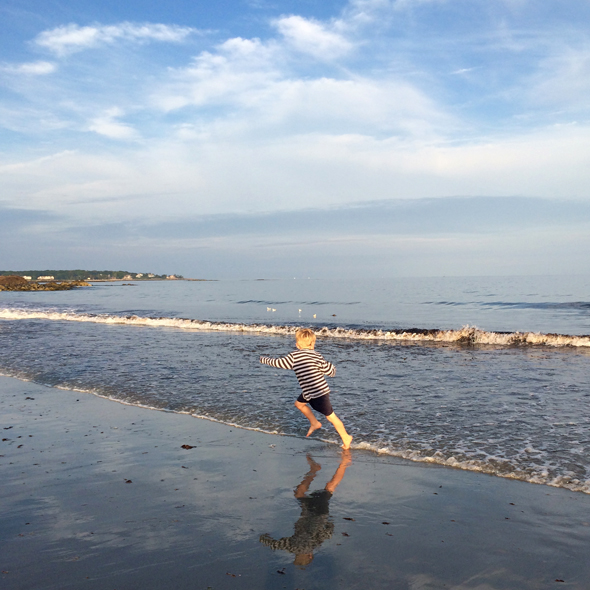 Rococo Artisan Ice Cream – kids like ice cream. Eli actually asked “Is this gelato, or ice cream?” the answer to which they have posted on their wall.  It’s Argentine ice cream. Ok then.

One Dock at the Kennebunkport Inn turned out to be great for kids for dinner – an easy menu (they both got the sliders and were super excited about tiny burgers), crayons and coloring sheets, and mocktails for kids. 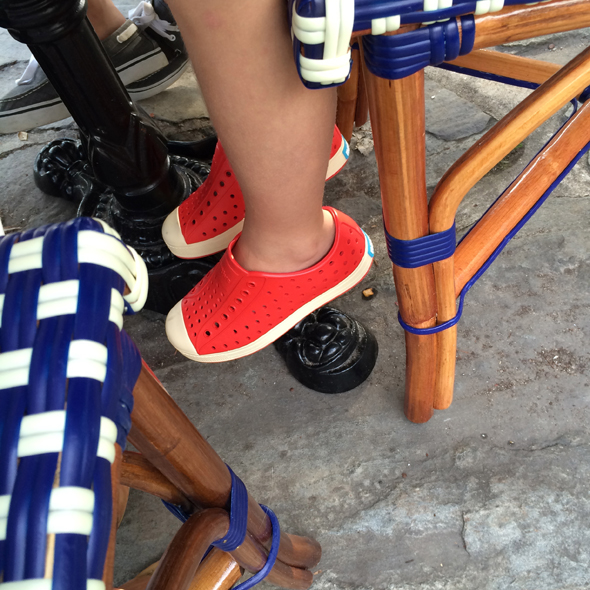 Goose Rocks beach – my favorite beach. Bizarrely (ok, maybe not to moms, but I’m still completely bewildered by children’s lack of logical thinking), the kids were super into just playing on the sand and I had to fake them out to get them to follow me to the water, at which point they realized it’s clear and clean and PERFECT for paddling and wave jumping and tried to jump in with their clothes on. We wrangled swimsuits on them and they would have happily stayed here for more than the 5+ hours we were there. Sean read a lot. I have yet to figure out applying hippie sunscreen to kids without them looking like they’re covered in paste. 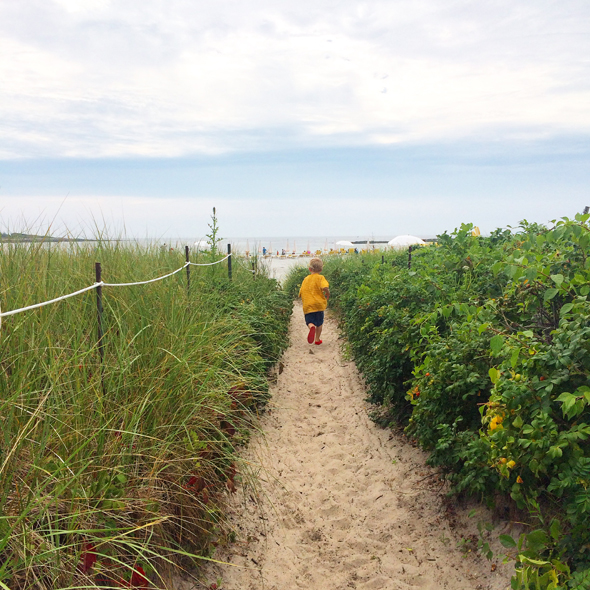 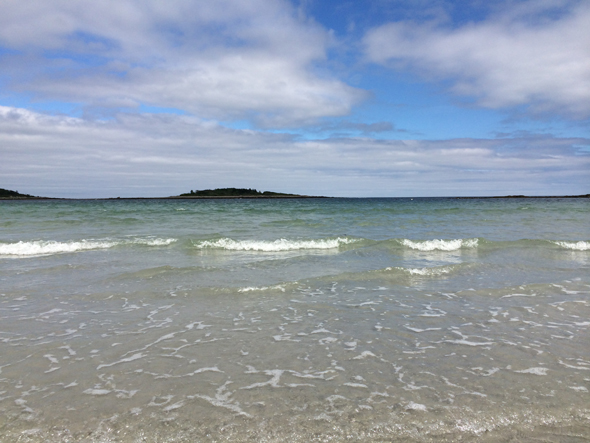 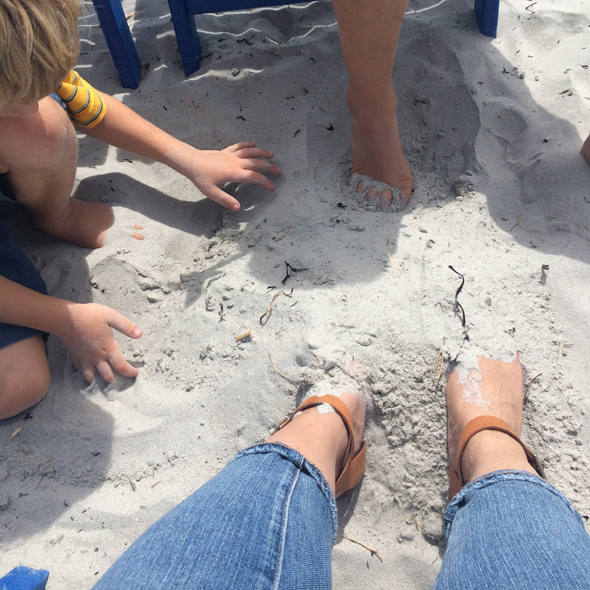 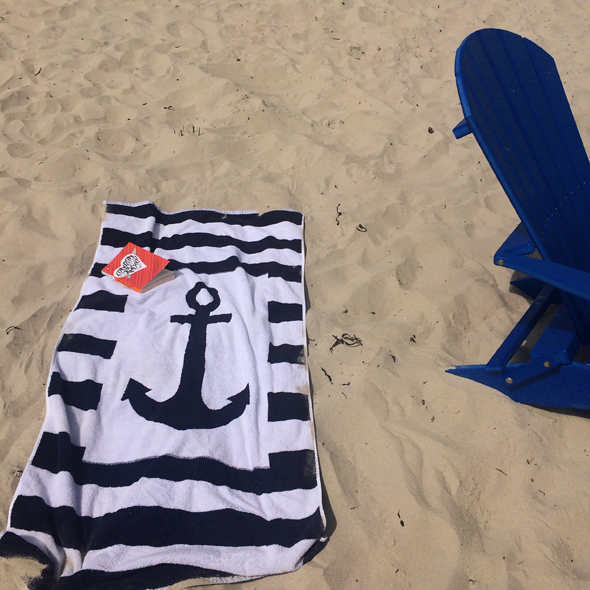 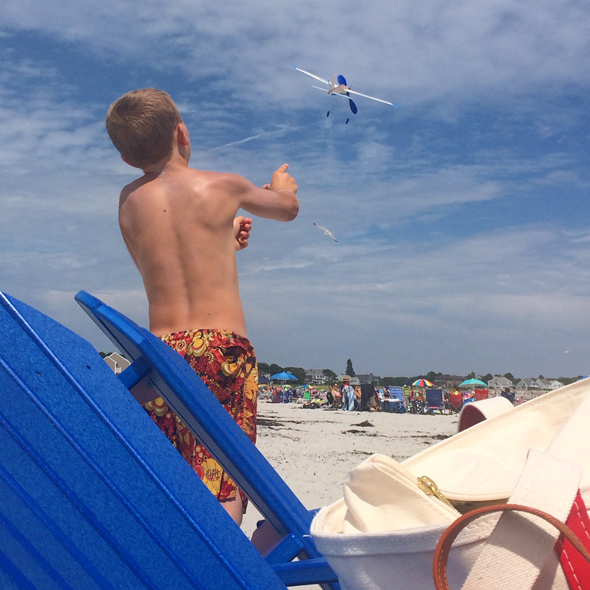 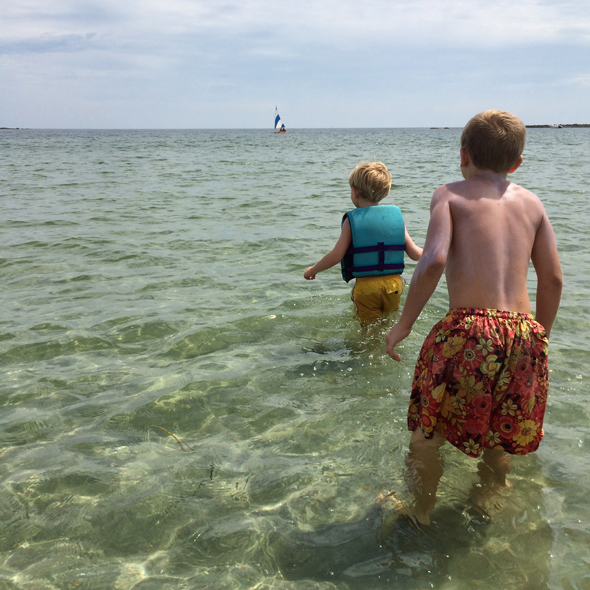 Tides Beach Club – across the street from the beach, another spot that’s very accommodating to kids. Ira ate all of his buttered parmesan noodles, a total coup!

On the way home:

The Goldenrod –  We went here every summer as kids, you can watch taffy being made and then stuff yourself sick with all the salt water taffy in the world. 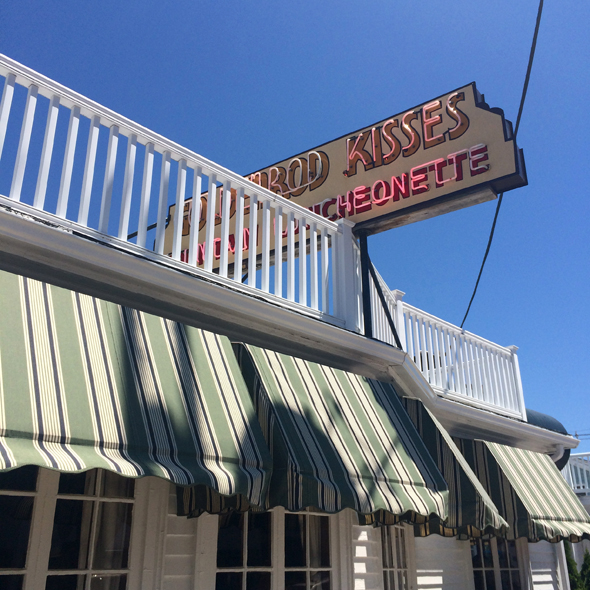