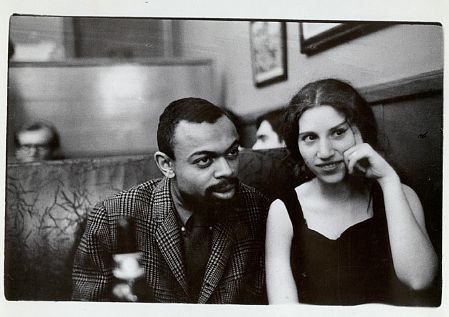 I’ve been obsessed, OBSESSED with Diane DiPrima since I was 14 and came across her poems in an anthology, devouring everything I could find after that. Memorizing chunks of Loba, her epic poem that continues to be written. Living vicariously through her Recollections of My Life as a Woman of life in 1950s NYC, ($33 a month walkup, burning wood in the fireplace for warmth, artist model & cream cheese sandwiches at chockfulo’nuts, writing poems and livinglivingliving,) wishing for a time machine, & now, older, admiring and identifying with her sense of being a woman, her chosen path for life, her confidence and peace.

Last night I finally was able to see her read / speak, after years of missed moments, and it was so worth it. She discussed various ways a poem may be “received” and read poems that had arrived as if dictated. She spoke of her moments of decision to be a poet and what it meant giving up – traditional home, family, security. She is older, wonderful, inspiring, solid.

I’ve been thinking so much about instinct, about identity, about divination and direction on this plane, where are we and where are we going – do we know? And I feel we do know, we have our magics and our grounding, it’s that chattering mind that distracts us that she doesn’t seem to have – a slow, easy, grounded confidence in what she says, what she writes, who she is.

On identity and if her poetry shaped her identity:

“No. Any identity that I’ve identified, I’ve noticed because I am noticing that it is a trap. The times I have come face to face with my identities are when it is time for that identity to stop.”

(This is amazing to me, that if one is noticing or thinking of ‘identity’ it is inherently not right – it’s only in the not-noticing that one is true.)

On the phenomenon of the internet: