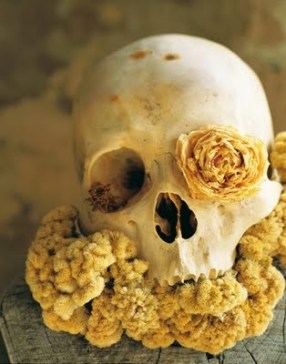 In order to soothe my autumn-needing-soul, I’ve started thinking about Dia de los Muertos already. Summer ends, the earth starts closing up shop for winter, the cycles of life surround us.  Rituals celebrating the deaths of ancestors have been observed by cultures all over the planet.  All Souls’ Day in European folklore and folk belief, the Chinese Ghost Festival, Dia de los Muertos…

It’s my favorite holiday of the year, and this year will be particularly poignant as my grandfather passed away in April. 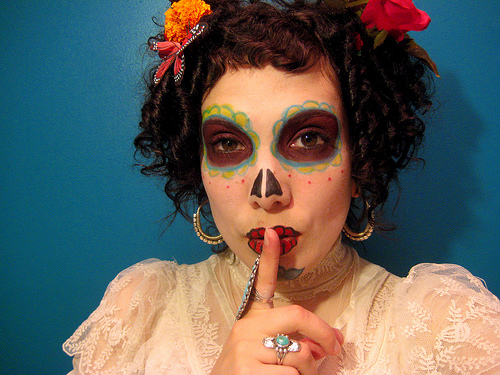 Last year was also incredibly intense. At the end of September 2008, our friend Kirsten Brydum was murdered in New Orleans. On the same day, I had a miscarriage. There were huge, beautiful altars for Kirsten, and for all women who’s lives are cut short by violence, and I created a personal walking altar for my loss. 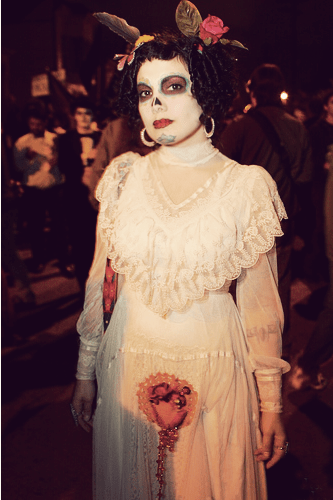 In 2007, the Marigold Project asked the art collective I was part of to create an altar in the park. 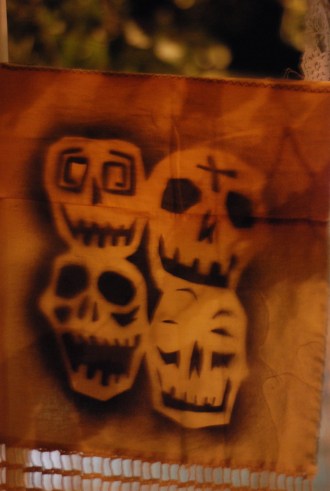 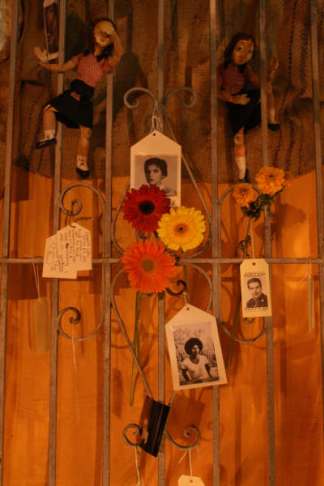 This year it’s on a Monday, so hopefully will be a bit more serious – it usually is respectful, but things always get crazy here for some reason. By the way, they’re trying to raise funds for the city fees for this years event: please go chip in if you can.

I’m thinking of something different this year: I want to have my Family to manifest spell-costumes of wood-spirits, traditional still, yes, but more feral – I’m feeling a loss of our connection to that spirit-place, and want to honor it and resonate in it.

(Here’s a sign – I went to go look up images & found a slew of what I’d been thinking of had just now been posted to Tumblr. Collective unconscious.) 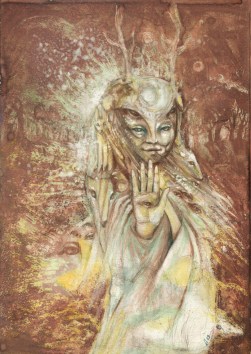 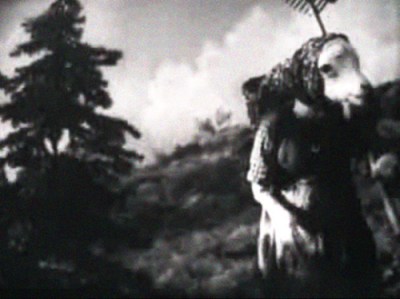 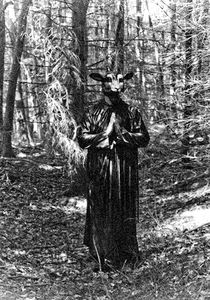 Do you celebrate Dia de los Muertos, or All Souls? Do you have an altar, attend a procession, sit silently and wait for the voices of your ancestors?